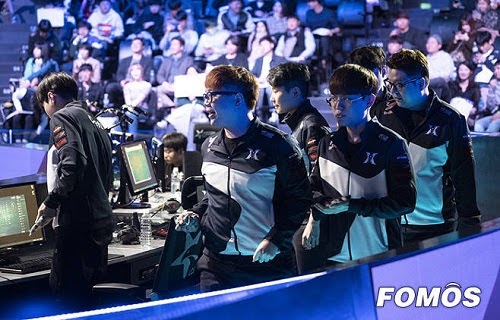 The King-Zone scored a 3-0 victory over the offensive.
On the April 5th in the play-off 1R of ‘League of Legends Champions Korea 2019 Spring season’ held in Seoul LoL Park and King-Zone dragon X won 3-0 in the defense. King-Zone will play playoff 2R with SK Telecom.

In the second set, King-Zone showed sharp attack.While Damwon concentrated on the sea dragon, the King-Zone collapsed Damwon’s camp so they gained both Dragon and Kills. King-Zone made a difference in attack power from this battle and won each battle with this advantage.

In the third set, Damwon threw the dice. Kim Gun-boo took the jungle Kindred. King-Zone, who had a nervous battle over the Rift Herald, quickly joined the battle and foresaw a great battle. In each battle, King-Zone countered the attack on Damwon and built up the Flame Dragon 3 Stack. King-Zone took a flame dragon and ace to open up to Baron. With the Baron Buffs on the battle line and mid-line, King-Zone pushed the bullpen and destroyed the Nexus.