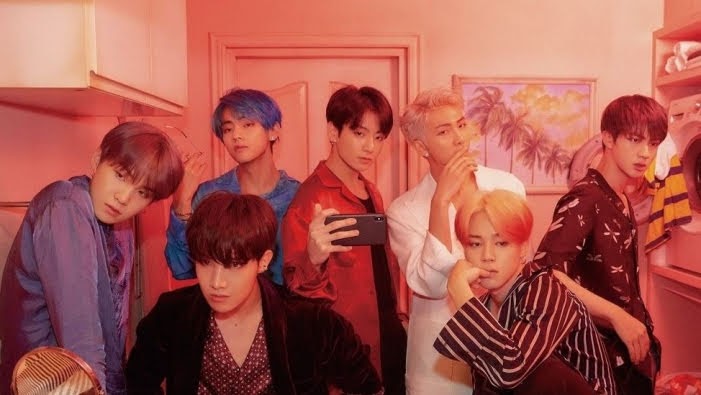 Group BTS’s new album “MAP OF THE SOUL: PERSONA” is a pre-order recording of over 3 million copies.

BTS released its mini album “MAP OF THE SOUL: PERSONA” all over the world at 6 pm on April 12 at the same time.

`MAP OF THE SOUL: PERSONA` is the first album of BTS’s new series` MAP OF THE SOUL`. They have a straightforward story to tell the fans around the world that they have come to this place on this album. The album includes seven songs including the title song ‘Boy With Luv (feat. Halsey)’. 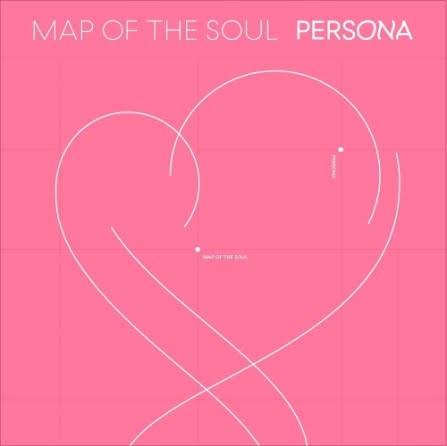 Album Introduction
The title song ‘Boy With Luv’, the interest of you and the joy of love

Open the door to a new story! April 12 ‘MAP OF THE SOUL: PERSONA’ Released

BTS will release its mini album ‘MAP OF THE SOUL: PERSONA’ on April 12th.
The BTS, which has been telling the message that ‘loving me is the beginning of true love’ through ‘LOVE YOURSELF’ series over the last 2 years and 6 months, is the power that they acquired in their current position as a global superstar, , And, moreover, tomorrow to go through that power. It is also a process of getting into their inner and finding their way.

BTS, which has a lot of fans’ cheer and love, has been touring around the world as well as the album activities. At the beginning of that trouble, ‘PERSONA’ album ‘MAP OF THE SOUL’ I want to show interest.

The BTS, which has already been called ‘Speak Yourself’ by the United Nations, has been warmly touched by young people around the world and has embodied the interest in the ‘ARMYPEDIA’ campaign video, which records 2,080 days of memories after debuting with ARMYs all over the world There is a bar. “I have seen a lot of personal stories that have been uploaded by ARMYPEDIA, and I have learned a little more that ‘Amy are living with this idea.'” I think these feelings will continue in this album as well. I have included the words I want to tell you on this album. ”

BTS Persona, the start of my journey to find my real look

In ‘MAP OF THE SOUL: PERSONA’, BTS talks about ‘the interest of the world and the joy of love’. I am curious about the story of one of the people who have been able to come to this place and have come to this place.

‘Intro: Persona’, the starting point of ‘MAP OF THE SOUL: PERSONA’, throws back the lifelong question ‘Who am I?’ I ask what my real image is between “I was born” and “I made myself”.

The title track ‘Boy With Luv’, as the title suggests, touches Boy In Luv, released in February 2014. If the ‘Sang Man’ tells about the childhood love of the childhood, Boy With Luv enjoys small things that know little things and happiness, and it is real love to keep it, real power . It is not the peace of the world, the great order, but the songs of ‘interest and love for you, pleasure of small and simple love’.
In particular, the world-renowned singer “Halsey” participated in the filming, expressing the emotions of the joy and pleasure of love in a colorful way.

The music video of the title song “Boy With Luv” is more like the musical movie of the other side.
The album covers consist of four versions, each with a different heart-shaped line graphic, expressing emotions of love. Album Concept Photos consist of various expressions of emotion derived from ‘Love’, visuals, facial expressions, and gestures.

BTS to talk to the world, want to communicate

In this album, which is a total of 7 tracks, BTS can solve the inner story and the idea of ​​the world in a wider world.

Starting from a human interest in the world around me, ‘Mikrokosmos’ is a flashing light on the night of the city, the light tells us that it is a precious star in itself, and it has its own vast universe in it I have included the contents. ‘Make It Right’ with world singer-songwriter ‘Ed Sheeran’ is RM’s cozy lyrics that let listeners feel the narrative about the love and healing process of the heroes in the real world. ‘HOME’ expresses ‘Home’ where fans want to go when the BTS that is active around the world is hard and lonely.

In addition, Jamais Vu, a new unit song composed of Jhops, Jean, and Jeong, and Dionysus, a BTS hip hop song with impressive rocking adverb vocals along with powerful and intense beat from beginning to end.

1. Intro: Persona
I made a sampling of the bits of the intro ‘Skool Luv Affair’ on the BTS ‘Skool Luv Affair’ album. It is a hip-hop song based on RM’s solo tunes, rocking guitar sounds and Trap genre’s hip-hop rhythm. Based on the theme of ‘Who am I?’, RM’s colorful lapping and organ sound appear in mid-song. Listening to the past ‘Skool Luv Affair’ and the current ‘Persona’ is also a major point of appreciation.

2. Boy With Luv (feat. Halsey)
This is a Funk Pop genre that features a kitsch sound. It consists of a melody that is more comfortable and easier to hear than the music style BTS has shown in the meantime. Halsey, a world-renowned singer in the US Billboard’s main single “HOT 100”, recently made a featured song. This song contains ‘The interest and love for you and the pleasure of small and simple love’.
Strokes of childhood It is joyful to get out of young love, to know your little routine and happiness, and to say that it is genuine love and real strength to keep it.

3. Mikrokosmos
It is a rock pop genre based on a new wave of three quarters of a beat. It is a unique rhythm that BTS has never shown before, and it is an exciting song to enjoy the stage with the fans at the concert. This song starts from a human interest in people and is a glittering light on the night of the city. The light says ‘Mikrokosmos’ which is a precious star and contains a vast universe of its own within it. I expressed a warm gaze and praise for the message and gave me courage and comfort.

4. Make It Right
‘Make It Right’ is a pop genre featuring a sophisticated and sophisticated sensibility with the participation of world-famous singer-songwriter ‘Ed Sheeran’. It is an attractive song with calm and delicate vocals through the psalm based on the Palseti method. RM’s structured lyrics enable listeners to feel the narrative of the love and healing process of the heroes in the real world.

5. HOME
It is a hip-hop song that combines the 90s Old School sound and Trap rhythm. The Lead Synth line and melody are appealing. The BTS, which is active all over the world, expressed ‘Home’ where fans want to go when it is difficult and lonely. Thanks to their fans, they are talking about their fans as soon as possible.

6. Jamais Vu
‘Jamais Vu’ is a new unit song composed of Jay Hop, Jean, and Chung. The British pop sensibility of the vague feeling is met with the vocal of the jin and the country, and it approaches appealingly and sincerely. The French title “Jamais Vu,” which means something like “Mississippi”, that you have already experienced or known before, but you feel unfamiliar as if you were new to it. “It’s okay, but it’s not okay,” he said, “I used to talk to myself, but it always hurts like it was the first time,” and “I will jump again and again, and I will run again.” I will keep running and running again.

7. Dionysus
It is an old school hip-hop song of the BTS table that has been showing in a long time since ‘Hormone war’, ‘Rise of Bangtan’. It is a rap music genre that meets hip-hop grooves in the 90’s and guitar sounds in metal. The pleasure and pain of creation, now that I became an artist through them, I wanted to communicate with the world through song and dance. Especially, JH Hop shows the whole song light as a top liner. In the second half, along with a powerful and intense beat, from the beginning to the end, Jin’s Rocking Ad-lib vocal is an impressive listening point.

OH MY GIRL will come back in May

WINNER released a new album ‘WE’ and the title song ‘AH...