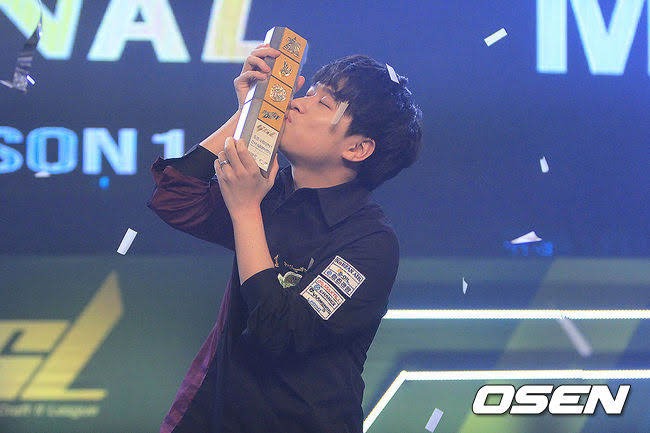 Cho Seong-ju won a 4-2 victory over Kim Doh-woo in the ‘2019 GSL Season 1 Code S’ finals at the Daechi-dong Flick Up Studio in Seoul on April 14th.

On the other hand, Kim Doh-woo, who challenged GSL title in 1752 days, threatened Cho Seong-ju with every set of strategic attempts, but did not surpass Cho Seong-ju because of his concentration after the second half. Kim Doh-woo won the runners-up prize money of KRW 12 million and the super tournament season one seed.