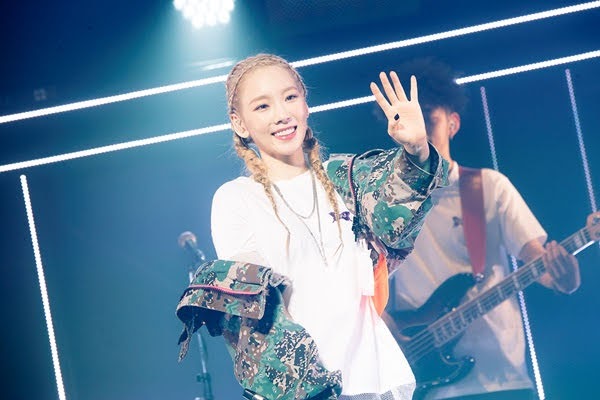 Taeyoun started her first solo concert tour in Japan with JAPAN TOUR 2019 ~ Signal ~. Taeyoun performed at the Sun Palace in Fukuoka on April 13 and at the main hall of the Osaka International Convention Center from April 22 to 23, . In this tour, Taeyoun has a total of seven performances in four cities, including performing of her songs ‘Four seasons’, ‘Something New’, ‘Rain’, and Japan’s ‘Stay’ and ‘I’m The Greatest’.

Also, Taeyoun has released six new songs, including “VOICE,” “HORIZON,” and “SIGNAL,” the first Japanese mini-album ‘VOICE’ to be released on June 5th.