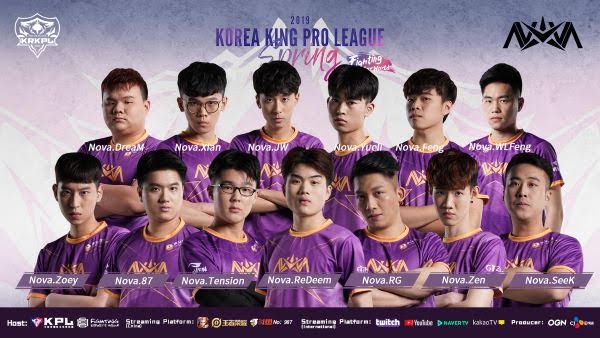 On May 9th, in the KRKPL Spring 62 match held at Sangam OGN e-Sports Stadium, Nova eSports won the GOG by 3-0 score. Nova, who struggled with the VSG in the fifth place, was fifth with a defeat of the previous VSG and a 62 match victory.

GOG has changed the roster due to the team’s internal circumstances and has played 62 matches with the new members. It also started in an unfavorable position because of the discipline that prevented the use of the four vampires.

The two teams fought hard in front of the tyrant from the beginning of the game. Nova took advantage of this battle and gained tyranny. However, the GOG attacked the Nova attacking Top side Turret and the DAT increased kill points. After the game, GOG was playing mid turret and pushed Nova into Turret area and won the battle to take the lead. However, Nova played a pivotal role. In the jungle fight, ‘Xian’ sharply entered and attacked and pushing the GOG’s Tower. Nova ‘Tension’ achieved triple-kills and Nova pushed all of his opponents and  easily won the first set.

The second set was fierce battle. The GOG was behind the kill Point, but they were ahead of the run. In the battle of killing, Nova reversed the situation, eventually destroying the opponent and winning.

Nova played in the third set with no crisis. Nova attacked sharply and led the game and marked 10:3 killing points. Nova bravely attacked into the opponent, knocked out the opponent, increased the kill score, 10 minutes to destroy the original and won.