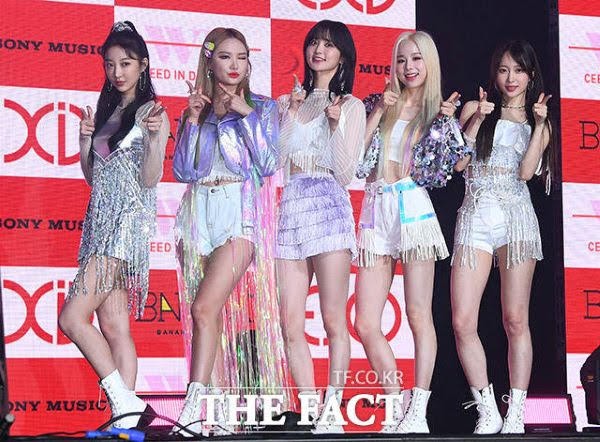 EXID released the mini album ‘WE’ on May 15th. ‘WE’ is an album focused on the message ‘we are more than individuals’. It was designed as an extension of the solo songs of each member, which was released in November, 2017 ‘FULL MOON’ It was newly created as a group song.

Also, ‘WE’ is the last active album before EXID has a moment of reconfiguration. On May 3rd, EXID’s agency Banana Culture Entertainment announced that members Hani and Jeonghwa will leave for a new agency after the contract expires at the end of May. After that, the remaining three individuals will be engaged for the time being.

EXID has announced that it will continue to work as a five-member. LE and Solji said, “Although it may come out as a trio for unit activities, it does not mean that EXID itself will be rearranged into a trio. We are looking for a way to continue our activities with our five members.”

This song starts with a strong lyric and lyrical melody. It is a song of the Mumbatone genre that shows a reversal leading to charismatic DROP. It is impressive to say that the lover who breaks up is “I and You, not Us”.

The combination of sensual beat and vocoder sounds is a song that EXID tells fans.
EXID wrote each own parts, and they created the ambience of the song with a soft voice and a temperament. The lyrics of each member’s expressing a thankful and sorry heart for fans.

It is an R&B style song of medium tempo. Also it is an impressive song with a simple arrangement.
The combination of an addictive voice sample and 808 drum sound captures trendy emotions. The words to express love rather than sparing are more prominent.

This song is based on the DEEP HOUSE genre that features various popsynths and guitars, rhythmic synth base and slap bass, and a voice pad that leads to the theme of the song.
It is a love that has already been done, but still I miss that time, but I can not express it on the outside and ask how I feel about it. In the end, the song expresses the pain of being alone.

This song is a tactical lyrics expressing the relationship between the lovers. Guitar riff in a warm atmosphere and EXID shows another point of attraction.

It is a remix version of the New Year’s song swing genre released in April 2018. It is an impressive performance with a funky style that differs from previous versions of Retro Hammers.

GOT7 came back with various performances