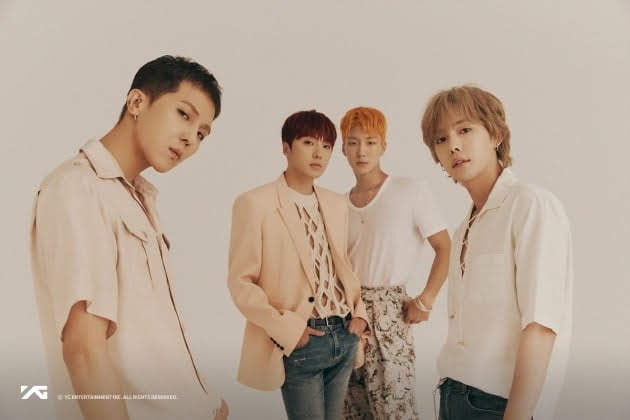 WINNER has won all the title songs for the last five years.

The new mini album ‘WE’ title song ‘AH YEAH’ released on May 15th also topped the charts as expected.

In this new album, “WE” was titled as emphasizing teamwork. Members involved in this new album production.
Seungyoon participated in four lyrics and compositions including ‘AH YEAH’, ‘MOLA’, ‘BOOM’, ‘EVERYDAY’ remix. In addition, Mino wrote ‘The Kingdom of Animals’ and, with Seunghoon, participated in the whole song to create emotional rap lyrics.

4. BOOM
Lyrics: Seungyoon, Mino, Seunghoon
Song: Seungyoon, AiRPLAY
Arrangement: AiRPLAY
Genre: Hip Hop
It is a song that expresses the emotion that explodes when I missed the lover whom it separated, with the vibe chill which is unique to WINNER and the intense Synth sound which is contrast to it.

# SPECIAL BONUS
5. EVERYDAY [REMIX]
Lyrics: Seungyoon, Mino, Seunghoon
Composed by: Seungyoon, AiRPLAY, Mino
Arrangement: FUTURE BOUNCE
Genre: Rock
It is the song rearranged with the Up-Tempo rhythm from the original Trap rhythm so that it can be enjoyed in the performance hall. It is the point of this song that the electro-rock genre has a rough Synth sound reminiscent of the Dist-guitar sound of a regular rock band.