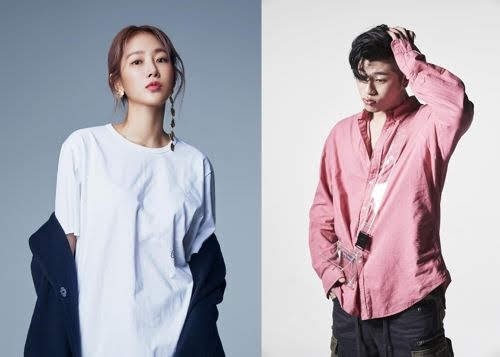 Soyou and OVAN released a new digital single ‘It’s raining’ on the May 16th. As of 8:00 am on the 17th, it is ranked the high place at the Korea music charts.

‘It’s raining’ is a song that depicts the moment when men and women who are parting are about to leave each other. He describes the psychology that can not be put on the umbrella while looking at the other person walking in the rain. Producer VAN.C, OVAN and Pianoman participated in thie song composing and lyrics. Soyou shows appealing her voice in this song.

Soyou, who has gained popularity as a collaborator with a number of singers, has shown new charms with OVAN this time. OVAN, which debuted in 2017 as ‘VIRGIN LOVE’, has been attracting attention as a colorful color music such as ‘Drunk night’, ‘Twenty years old’, ‘Unhappiness’, ‘Happiness’ and ‘Snowflake’.

Soyou has been working with Jung Gi-go and released 2014 most popular song ‘Some’, with Mad Clown for ‘Stupid in love’, with Kwon Jung-yeol for ‘Lean On Me’, with Sung Si-kyung for ‘I Still’, with EXO Baekhyun for ‘Rain’. She has song several hit songs on various music charts with famous artists.