Enter-K
Home K-pop Ballad A solo artist Hyolin from the Sistar released a single album for... 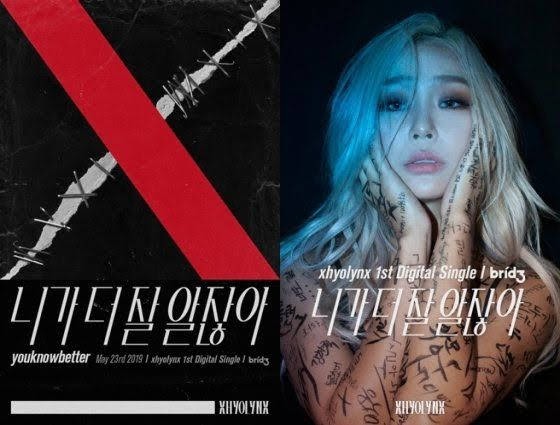 Hyolyn unveiled the her first single “youknowbetter” soundtrack and music video through various online music sites at 6 pm on May 22nd. This is a her new music project ‘xhyolynx’ in 2019.

‘Youknowbetter’ is a mid-tempo pop ballad song with cinthatic sound and Hyolyn’s dramatic vocal. Hyolyn writes and composes with Melanie Fontana, a composer of BTS ‘Boy with Luv’.

The ‘xhyolynx’ project will show the expanded musical spectrum of the artist Hyolyn. Starting text ‘x’ means new album projects to show Hyolyn growing up through her collaboration with the creators of various fields.