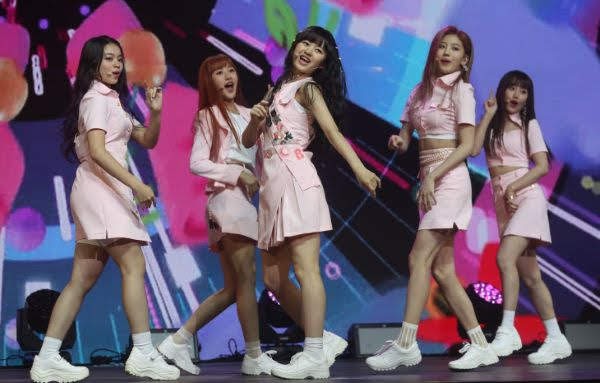 ‘LOVE ADVENTURE’ album shows various charms of Cherry Bullet members who awaken in love. Cherry Bullet was created as a new concept to jump into ‘Love Adventure AR Game’ to get love.

Cherry Bullet is a team name and an operating system(OS) in which members are given a new game map for each activity. In the debut song ‘Q & A’ was an activity to introduce Cherry Bleed’s worldview, ‘Really Really’ releases the game through the stage where members who received a new game map called ‘Love Adventure AR Game’.

1. Really Really
Lyrics by: Han Sung-ho, Kim Do-hoon
Composed by: Erik Lidbom
Arranged by: Erik Lidbom for Hitfire Production
The title song ‘Really Really’ is a modern pop genre based on the Tropical House. It is a song that gives a bright, fluffy feel to the cool flush synth sound that flows throughout the song.

2. Ping Pong
Lyrics by: VIP, Ji-min
Composed by: Park Gun-woo, Malin Johansson
Arranged by: Park Gun-woo
‘Ping Pong’ is a modern tempo genre with a retro tapping synth sound. It is an ingenious song that compares the keyword of love to a ping pong ball.

ASTRO debuted in Japan with the First Japan Mini Album